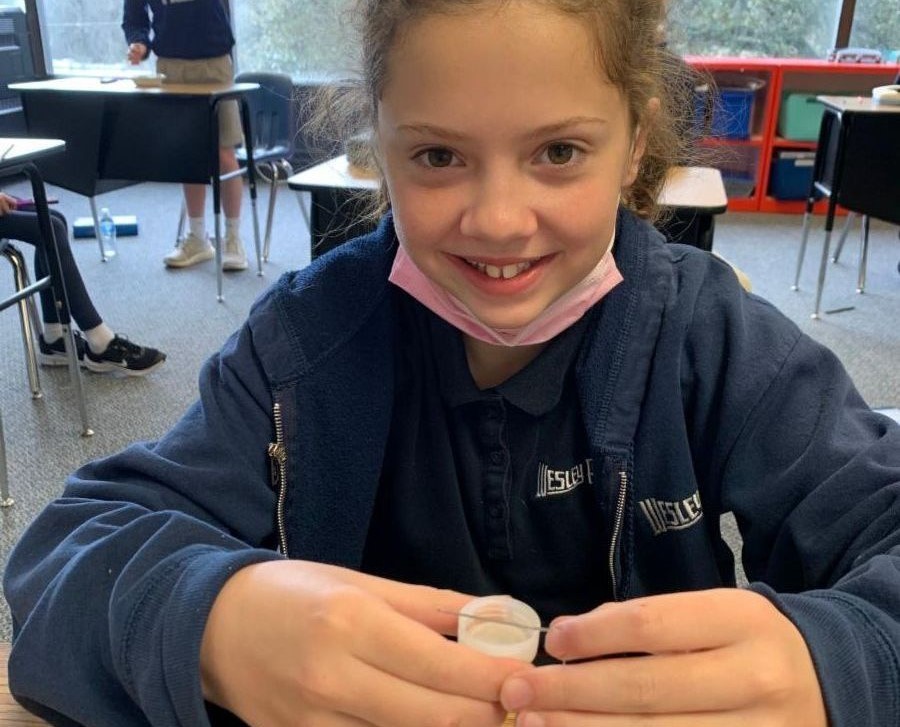 Sixth Grade students harnessed the earth’s magnetic field using a magnetized paper clip and a floating bottle cap. With these simple materials students were able to build a compass. This project ties in with the Sixth Grade’s study of the layers of the earth. The source of the earth’s huge magnetic field is the liquid iron outer core. The field protects the atmosphere and living things from harmful solar winds and generates the magnificent aurora or northern lights.

Why does this experiment work?

Rubbing the paper clip with a magnet caused the paperclip to become temporarily magnetized. Once magnetized, the paperclip had a north and south pole (like all magnets). Magnets interact with one another by either repelling or attracting each other. Once the paperclip was magnetized, it interacted with Earth’s magnetic field.

When the bottle cap was placed in the water, it floated on the surface of the water and was able to move freely. At that point, the magnetized paperclip caused the bottle cap to spin around until the north and south poles of the paperclip were in line with Earth’s Magnetic Field – Earth’s north and south poles. The same end of the paperclip should always point the same direction, despite your best efforts to make it not! 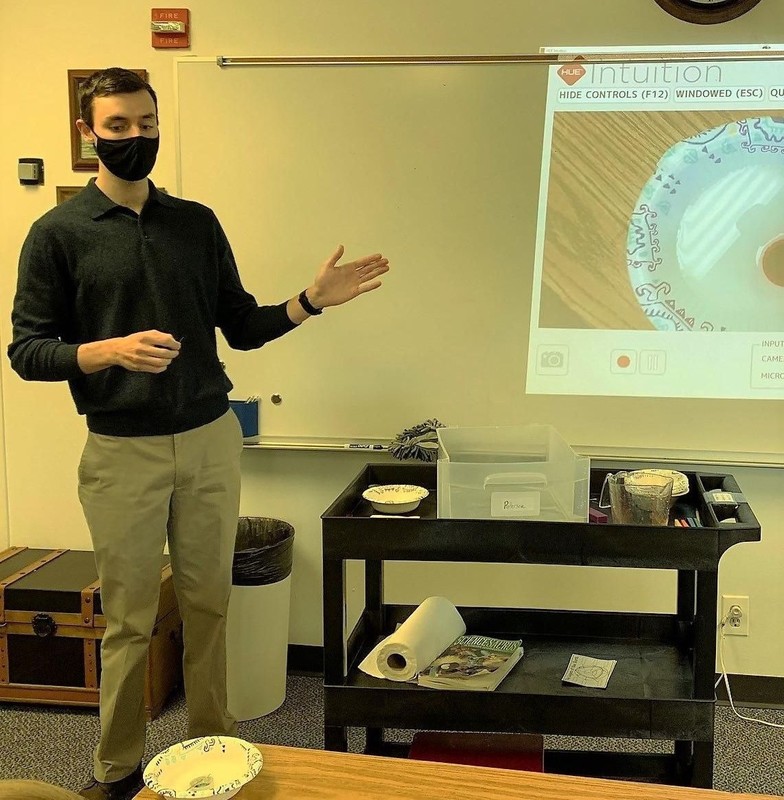 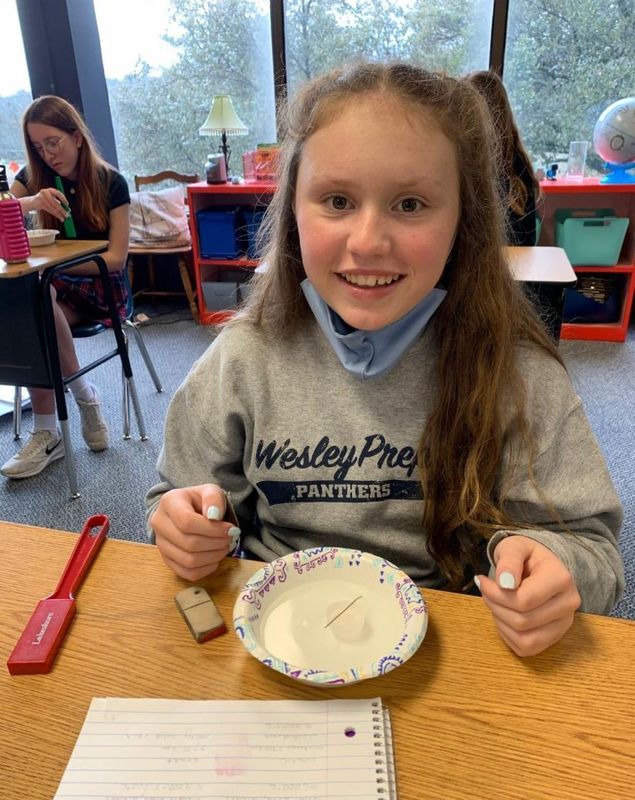 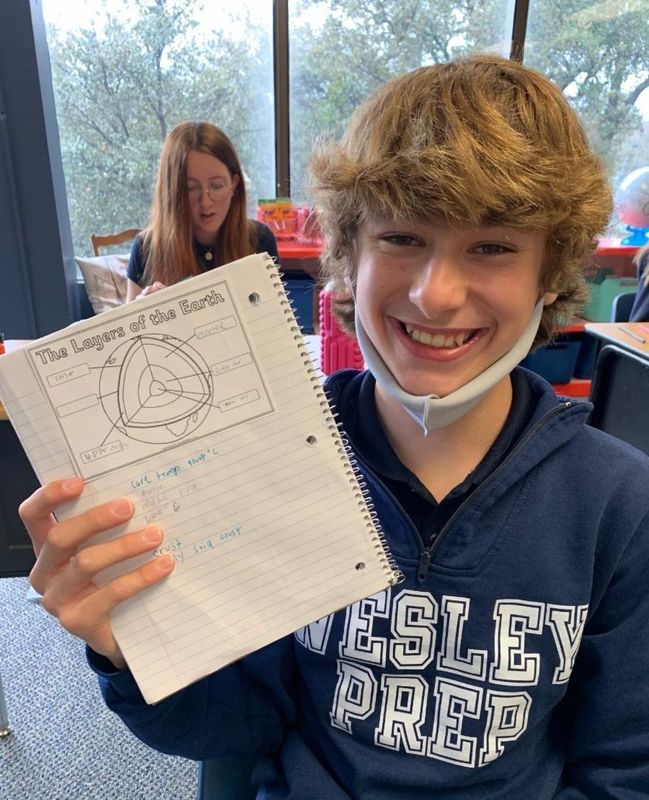 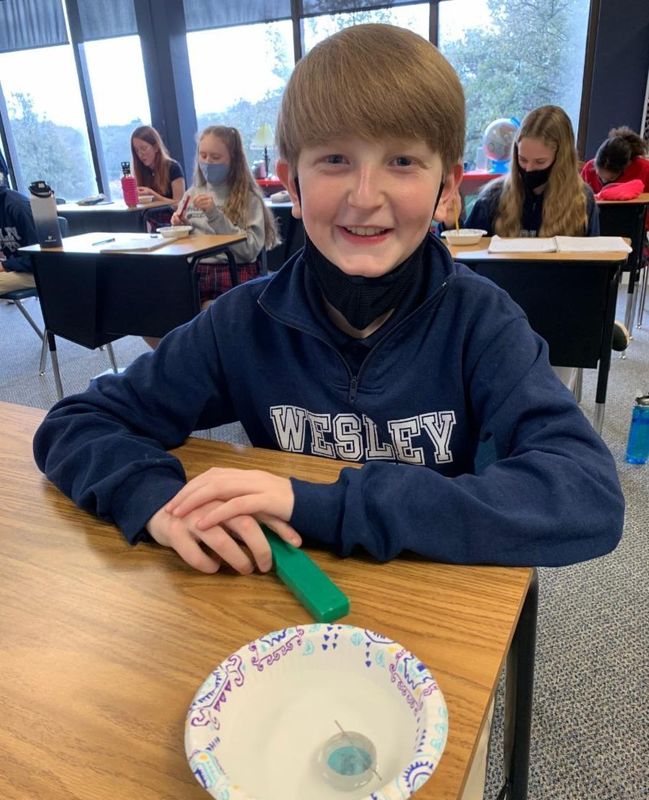