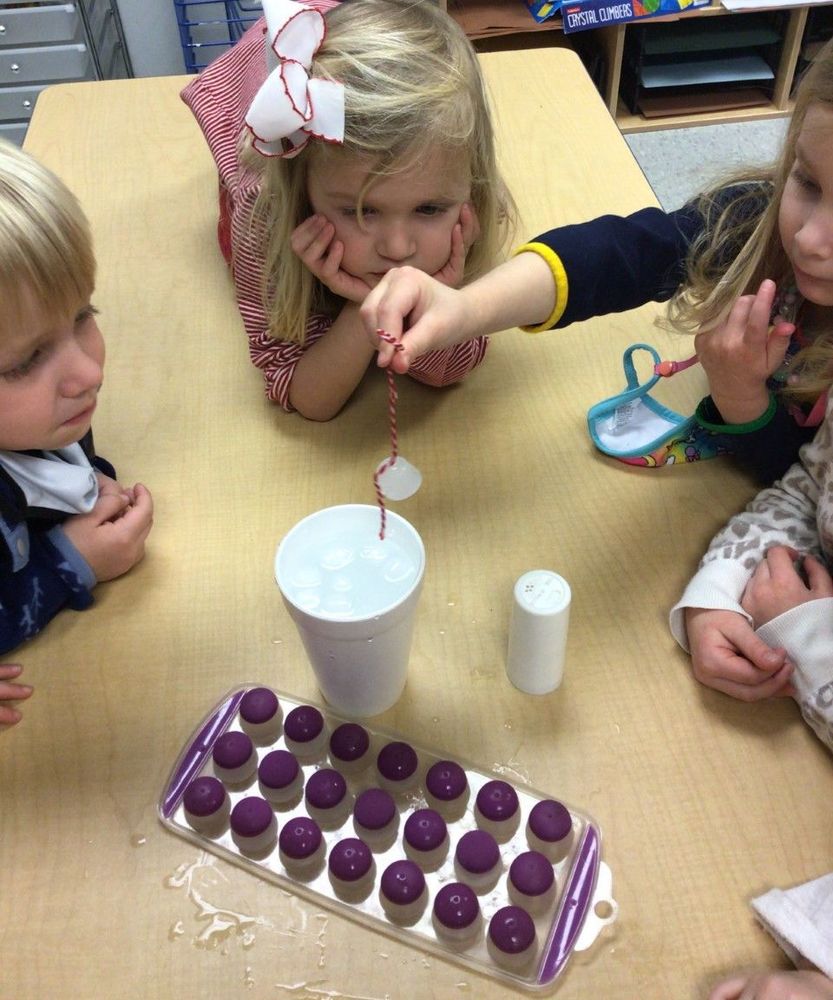 Preschool STEM Lesson:  The young scientists in Mrs. Thornton's class performed an exciting winter-themed experiment recently:  Fishing for Ice! Did you put salt on your sidewalk to help melt the ice last week?  Why does this work?  Adding salt to ice temporarily lowers the melting point of the ice to below freezing. When you place a string on top of the ice and sprinkle it with salt, the ice melts a bit, but then freezes again quickly. This embeds the string in the ice and allows you to pick it up with the string as if by magic.  Try this experiment at home (click here for a YouTube video).

Freezing Point
So how does salt (sodium chloride) make water colder? In essence, it does not. Salt works to depress the freezing point of water so the water can become colder than 32 degrees Fahrenheit (zero degrees Celsius) before it turns to ice. In fact, water containing salt can reach temperatures of nearly minus 6 degrees F. 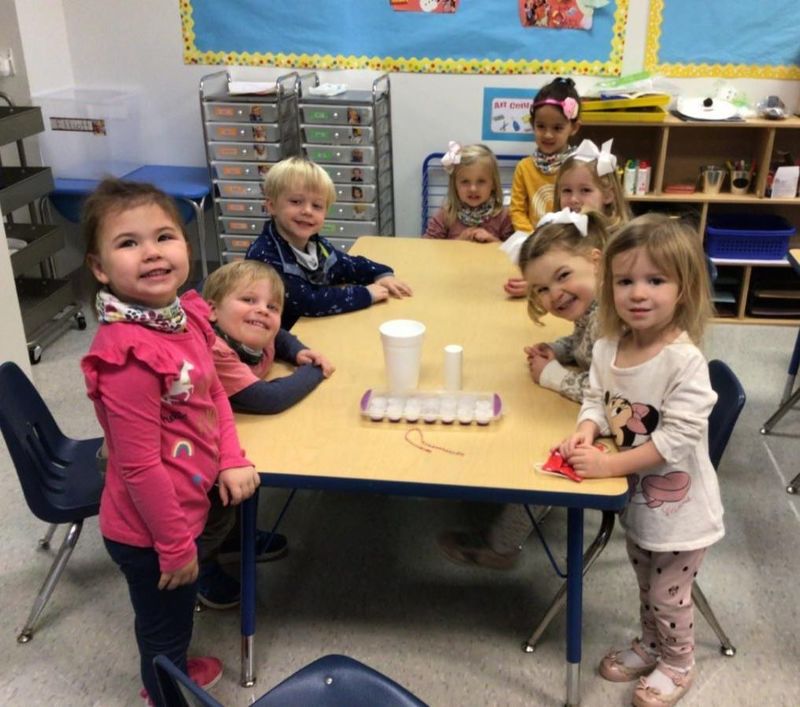 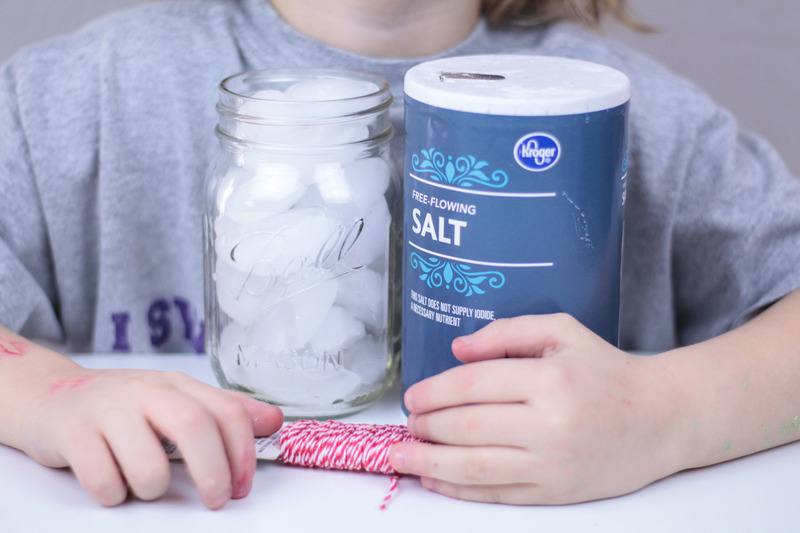